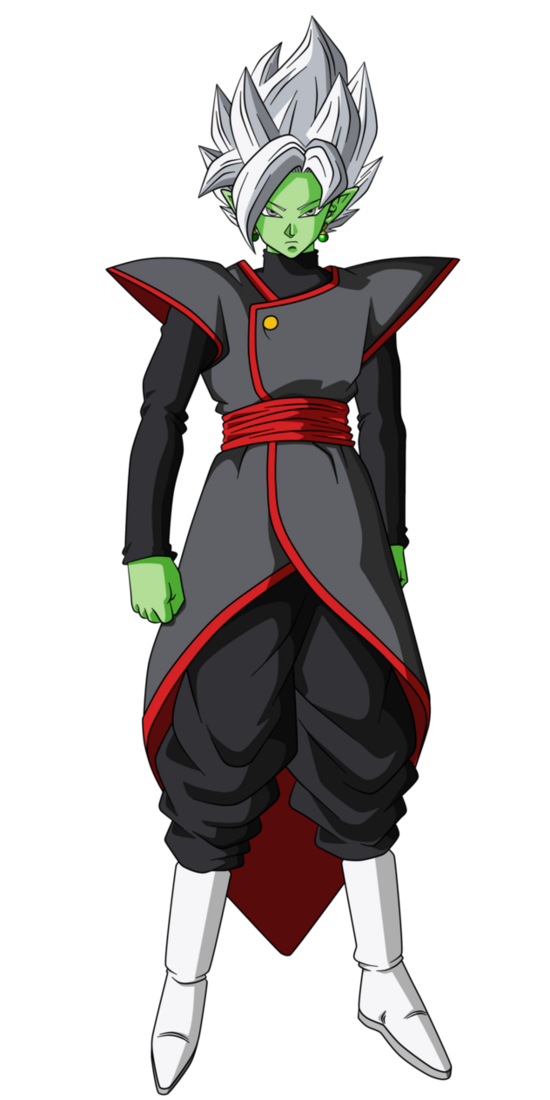 Zamasu (also known as Goku Black) is the main antagonist in the "Future" Trunks Saga of Dragon Ball Super, initially appearing as two versions of himself that eventually fused into one being.

Originally a North Kai in Universe 10, Zamasu was once an apprentice of the Supreme Kai Gowasu. He would listen to every word Gowasu said but found that the world is evil and must be purged with "justice" and after learning of the Super Dragon balls from Zuno he murdered Gowasu to take his earring and use the time ring. He took the time ring to go into 1 year in the future to switch bodies with Goku before killing him and his family. One day, Future Zamasu saw Goku Black killed his master and joined him to purge the universe via the Zero Mortal Plan. Zamasu (as Goku Black) with Future Zamasu then travelled across the universe devoid of a Destroyer as Beerus died 10 years prior. Goku Black helps Future Zamasu become immortal with his reality's Super Dragon Balls before destroying them to prevent the wishes being undone as they two travel to Universe 7 to continue their work. But they find opposition in the form of Goku and the Z-Fighters, temping the duo to display their full power.

Using the Potara Rings, Future Zamasu and Goku Black fuse into the embodiment of their ideals. Appearance-wise, the fusion is Zamasu supplemented with various traits of Goku Black. The being's power becomes so immense that the mere pressure from his energy field alone, which nullifies all ki-based attacks instantly, is too intense for even Goku and Vegeta to get close to him. But Zamasu's body is unstable due to being a fusion of the same being with only one an immortal, making the being on whole partially mortal while having mutating fluctuations that increase his stats yet leave him, victim, to accumulated damage. 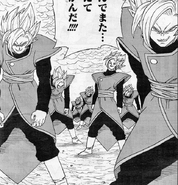 Zamasu has a new best friend... himself