MissingNo. is a glitch Pokemon and a unofficial Pokemon species from the Pokemon series, it was selected by the rippers to be in the King For Another Day Tournament.

MissingNo. was revealed in the King For Another Day direct, its rips featured glitches, corruptions, exploits, and games that are known for them, unused content, music that is related to gaming creepypastas, and glitch hop and IDM music.

On MOJO MissingNo. became friends with Unregistered HyperCam 2, HoBaRT, and Mariya Takeuchi, it killed Cool Meme Team, it wanted to disqualify itself because it wanted to lose but failed to do so. 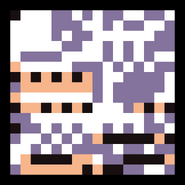 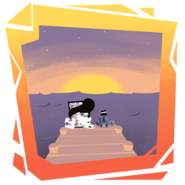