Hey! I'm Sans Undertale Ｓｈａｒａｋｕ Ｊｒ．.I'm just some guy who likes Death Battle! My favorite game is AAAAAHH!!!! An Extreme Disregard For Gravity EarthBound, favorite anime is Dragon Ball, and I am no one you should take seriously! I specialize in Video Games and Anime combatants. So if you need a hand, JUST ASK! Okey? Okey!

[DISCLAIMER: I DON'T TAKE REQUESTS DRAWING OCS ANYMORE! I'LL ONLY DO IT WHEN I REALLY WANT TO!]

As of 8-26-19, I was a Chat Moderator, but now I am a Discussions Moderator! So, maybe you should take me a little seriously now.

As of 5-4-20, I am a General Moderator, so maybe take me more seriously than before.

Please note: my fights follow in a chronological order. This does not mean that they will be completed in order. Usually, I'll try to follow chronological order, but sometimes my interest shifts to a different battle, which is why you may see some battles completed before others.

Ness VS Silver
(EarthBound/Sonic the Hedgehog)

Cuphead VS Bendy
(Cuphead/Bendy and The Ink Machine)

Ryu VS Kenshiro
(Street Fighter/Fist of the North Star)

Link VS Silver
(Legend of Zelda/Sonic the Hedgehog) 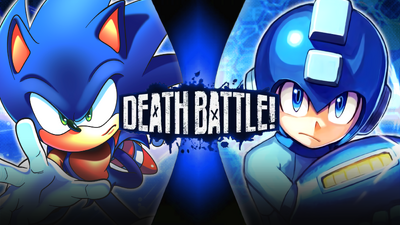 1: Sonic the Hedgehog VS Mega Man (GoldenFox93) - Seriously, this battle is a masterpiece. No, really! For one, it's got two of my favorite characters, great research, and a great writer who knew how the characters acted. The fight was long, but really engaging and action-packed so you didn't get bored. It is a 10/10 P E R F E C T Fight!

"You are not a clown. You are the entire circus" ~Someone

"Basically, the entire internet is a connection of universes. Since the MegaMan Battle Network Games have link cable connectivity, they can cross into these other universes. This is backed up when you connect Solar Boy Django (A GBA game) to the DS Version of Mega Man Battle Network 5. It shows a portal being crossed through space and time. What we have here is an Arceus and Pokemon situation. Since EXE was able to fight Gospel, the incarnation of the entire NET, and later destroy all of it in Bug Style then create a new one, I'd have to say that EXE is multiversal, adding in the fact that there are over 13 million copies of each Mega Man Battle Network game sold. So yeah, 2-B or Multiversal MegaMan.EXE" ~Me (my essay on why MegaMan.EXE is multiversal)

"Ness, Ness has 4 letters what else has 4 letters? West, but that ain't all. Wally is known for being over powered, who else is over powered? Archie Sonic, AS is based off of Sonic, Sonic is a game. Sonic is also in SSBU, who else is in there? Ness. Wally has 5 letters, 5 minus the 4 Ness has is 1, when going back to West, it has the 4 letters, so 4 - 1 = 3. A triangle has 3 sides, the illuminati is a triangle Ness=Wally is Illuminati confirmed" ~ HyperSsonic in Chat after reading Ness VS Frisk

Winners and Losers of all my Fights

Who knows who could win. It could be anyone!