Greetings, this profile has been taken over by The Administrator and his proxies.

Here are some character pages I made because reasons:

Note: I know I have a lot of battles but I will try to get them done eventually. Also the battles order might change due to my interest changing a lot.

5.Impostor vs The Thing (Completed)

4.Nina the Killer vs Tiffany Valentine

8.Monika vs The Observer

1.Yuno Gasai vs Jeff the Killer

2.Look-See vs The Demogorgon

1.Sonic.EXE and Tails Doll VS SlenderMan and Jeff the Killer (Collab with HyperSsonic, TheGreatDimentio! and Foxyboy1998)

3.Sonic.EXE vs Monika (Collab with The Golden Moustache)

6.Homura Akemi vs The Joker

3.Jane the Killer vs Homicidal Liu

4.The Tethered vs The Proxies

6.Masky, Hoodie and Skully vs The Strangers

10.Flumpty's Gang vs The Collective 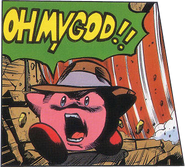 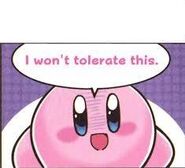 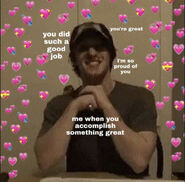 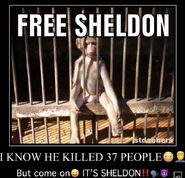 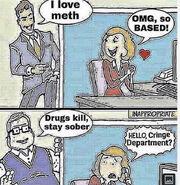 - Y3p owo after returning to the chat

I love how we were fighting in the void half an hour ago, and now, we're playing Minecraft.

HyperSsonic: How? We just started.

- Me, HyperSsonic, TheGreatDimentio, Zalgo and a bunch of other people playing Poker.

EXE: Shut the fuck up

EXE runs at ERROR! and they teleport away and go fighting

Jeff: Should somebody stop them or?

- EXE, Jeff the Killer, Ticci Toby and Error Sans after I kick EXE from the Minecraft server for killing Dimentio while he was AFK.

Kirbysakurai: This un-evolved into a 5 year old's role play. And I love it.

- Me after Y3p owo says his pinkie fell asleep

Ngl Sonic.EXE as a girl would look dummy thicc

- The Golden Moustache in the chat

To be honest i'd be totally into Girl Sonic.EXE

The destroyer of worlds, the most powerful character ever, Murphy.

HyperSsonic: Lol, if he accepts God into his life doesn't that mean he accepts himself?

Kirbysakurai: A journey of EXE accepting himself

Kirbysakurai: That sounds so wholesome if you don't know who EXE is and the fact he is a murderous psycho

Y3p owo: that's why he has depression

- Me, Y3p owo and HyperSsonic discussing Sonic.EXE accepting god into his heart.

WHAT ARE YOU DOING IN MY CHAOS?!?

- HyperSsonic after changing his profile picture to a mixture of Jevil and Soviet Shrek.

Remember kids, this battle is sponsored by McDonald's, and the new meal, the Hyper's dead corpse meal! Coming as soon as I fucking destroy Hyper!

I wonder how being a Goomba would be like

When there's no cops around, anything's legal!

I don't give a crap if you covered yourself in peanut butter and had a 15 hooker gang bang!

- Hank Hogan to Kim Jong-il in their ERB

Ooh, would you look at that? It’s the scary Danganronpa man

My Past Profile Pictures 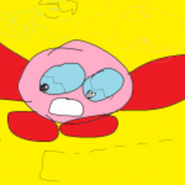 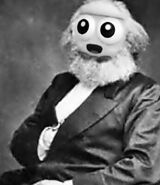 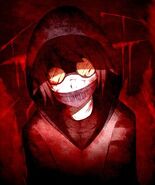 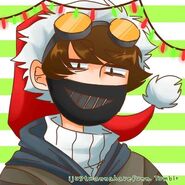