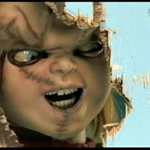 DBs I won't do

-DBZ characters (I like DBZ, but I feel like all the good match-ups have already been taken. Plus there's all the research one has to do going into the different forms and power levels)

-RWBY (I hate RWBY. Plain and simple. I think it's a terrible show.)

-One Piece (Never liked it)

Retrieved from "https://deathbattlefanon.fandom.com/wiki/User:Keranigma?oldid=730584"
Community content is available under CC-BY-SA unless otherwise noted.