Tommy Oliver is a character from the Power Rangers media franchise. He has had many incarnations as a Power Ranger, including a Green Ranger, a White Ranger, which his arguably his most famous ranger forms, two different Red Rangers and a Black Ranger. He also has an evil counterpart named Lord Drakkon. He previously fought Zechs Merquise and the Gundam Epyon as the White Ranger with White Tigerzord in the 37th episode of DEATH BATTLE!, Tigerzord VS Gundam Epyon. He returned as the Green Ranger piloting the Dragonzord against the third Mechagodzilla in the 114th episode, Dragonzord VS Mechagodzilla.

As the Green Ranger

As the White Ranger

With the Master Morpher

As the Black Dino Ranger

As the Red Turbo Ranger

As the Red Zeo Ranger

Tommy Oliver was a new student at Angel Grove, but his skills caught the eye of the evil witch, Rita Repulsa, and she brainwashed him into her very own Power Ranger, the Green Ranger. Tommy would fight against the Mighty Morphin Power Rangers in multiple battles until Jason, the Red Ranger, managed to break him out of the spell. Now free of her control, Tommy joined the Rangers in their fight against Rita. 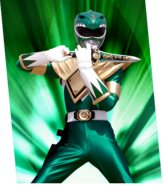 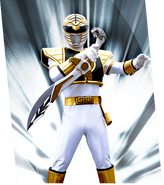 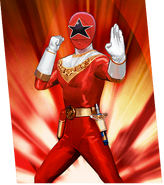 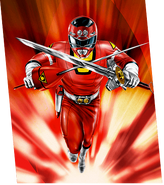 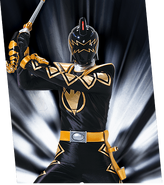