The Punisher is a character from Marvel Comics.

Born in Queens, New York, Frank Castle serving four years in the Vietnam War, Castle's life was changed forever after his family was gunned down by mobsters. He dedicated his life to using his skills as a Marine to wage war against the criminal underworld.

Punisher walking on the fields 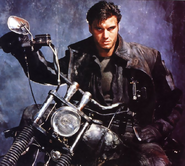 The Punisher as he appears in the 1989 film 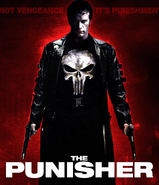 The Punisher as he appears in the 2004 film

Welcome to the internet, the place where men are men, women are men, and little girls are FBI agents or the punisher.

As Iron Punisher or War Machine 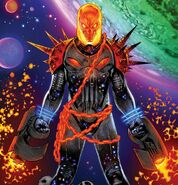 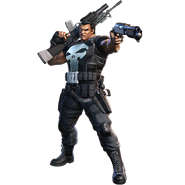 Retrieved from "https://deathbattlefanon.fandom.com/wiki/The_Punisher?oldid=1221850"
Community content is available under CC-BY-SA unless otherwise noted.