Spider-Man, real name Peter Parker, is the web-slinging amazing superhero from Marvel Comics. He previously fought Batman in the 23rd episode of DEATH BATTLE!, Batman VS Spider-Man. He also fought Mikasa Ackerman in an episode of DBX and Ruby Rose in an episode of One Minute Melee.

With Miles Morales and Gwen Stacy

With Miles Morales and Gwen Stacy

Peter Parker was orphaned at a very young age and was constantly bullied as he grew up as a fiercely intelligent boy in high school. But then, he got bit by a radioactive spider when on a field trip, giving him the powers of the spider such as the ability to climb walls, sense danger around him, and spin strong spider webbing with his web-shooters. Naming himself Spider-Man, Parker protected New York City as a vigilante. 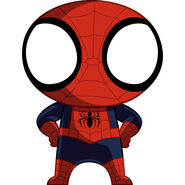 Spider-Man fighting the Vulture in a concept art of Spider-Man Homecoming (2017). 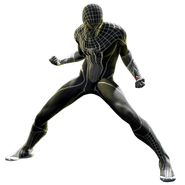 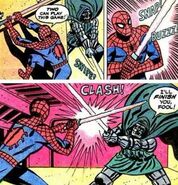 Spider-Man vs Doctor Doom... with lightsabers!

Spider-Man with the powers of Captain universe

Spider-Man with the powers of Phoenix Force. 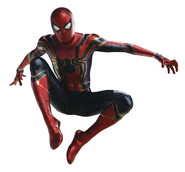 Spider-Man as he appears in the 2018 video game 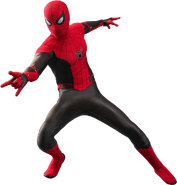 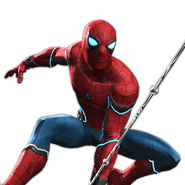 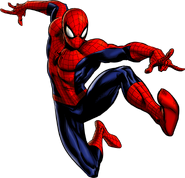 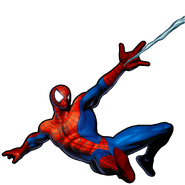 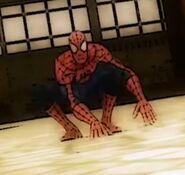