View source
watch 02:17
New Pokemon Games - The Loop
Do you like this video?
Play Sound

Owner of the Chum Bucket

Sheldon J. Plankton, usually just referred to as Plankton, is a character from the animated series, SpongeBob SquarePants.

Sheldon J. Plankton was born an only child in November 30, 1942. When Plankton was young, he used to be friends with Eugene H. Krabs. They were considered outcasts by everyone around them, due to Plankton's nerdiness and Krabs' state of poverty. When they both became interested in the food industry, their friendship took a turn for the worst.

Plankton's food proved to be unsuccessful and hated, while Krabs' food was popular and loved by everyone in Bikini Bottom. After all that, Plankton dedicated his entire life to running Krabs of out business by any means necessary.

Plankton as he appeared in The SpongeBob Movie: Sponge Out of Water 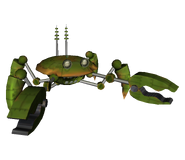 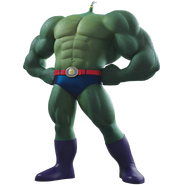