Godzilla, also known as the King of Monsters, is a character of the eponymous Godzilla franchise. He previously fought Gamera in the 35th episode of DEATH BATTLE!, Godzilla VS Gamera.

With the Godzilla Franchise

Since the time of the Dinosaurs, a giant prehistoric creature lay dormant at the bottom of the ocean until, in 1954, Americans tested their hydrogen bombs in the Pacific Ocean, awaking it, as well as mutating it in the process, this creature would be known as Godzilla aka Gojira by Japanese people.

Ever since, Godzilla has made Japan his home, leaving wakes of destruction, wherever he goes destroying cities and armies that try to stop him. Strangely, he also seems to protect the planet, whenever it is in danger, ranging from many other giant kaiju like him, whom he had made enemies throughout the years to even extraterrestrial threats.

Burning Godzilla/Critical Mass Mode more powerful form of Godzilla that can be caused by a nuclear reaction in Godzilla's heart or by exposure to energy in various space crystals.

Fire Godzilla is a much more powerful form of the Monsterverse Godzilla that can be accessed by an overflow of atomic energy and Mothra's essence being present inside him.

king of the monsters undergoes a radical transformation as he fuses with the power of Evangelion 13, gaining a slew of new abilities, increased strength and stamina, and a greater destructive temperament.

Godzilla in the Hanna-Barbera Godzilla Cartoon 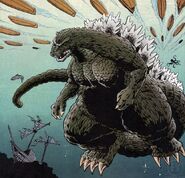 Godzilla in Godzilla: Kindom of Monsters

Godzilla in Godzilla: Gangsters and Goliaths

Godzilla in Godzilla: Rulers of Earth 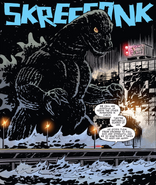 Godzilla in Godzilla: Rage Across Time

Godzilla in King of the Monsters Godzilla Game Boy 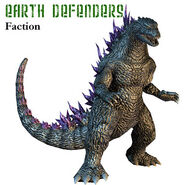 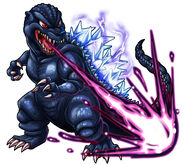 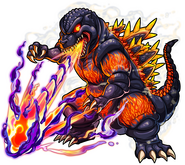 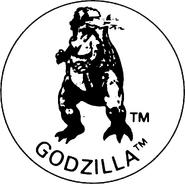 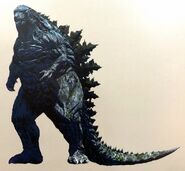 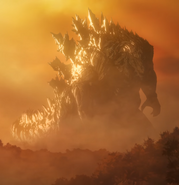 s on this wiki, Godzilla holds the record for the highest number of Fanon Wiki ideas as a returning combatant.

atman]] were planned to have a crossover in 1965-1966. The crossover was scrapped as the writers couldn't conceive of a reasonable scenario where Batman could fight Godzilla. [6]

https://www.youtube.com/watch?v=r_0JjYUe5jo rap song] named after him by Eminem on his album Music to Be Murdered By.