Frankenstein is the main protagonist from the movie series, Death Race.

The name of Frankenstein is the legendary alias that people wear under the mask, the individual alone is in fact a symbol of a ruling fascist government or a prisoner who becomes the crowd favorite.

The origins of Frankenstein vary, ranging from the man who become The President of The United Provinces to abolish Death Race to a man who was framed for the murder of his wife. 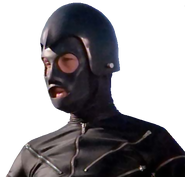 Frankenstein as seen in Death Race 2000 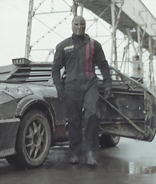 Retrieved from "https://deathbattlefanon.fandom.com/wiki/Frankenstein_(Death_Race)?oldid=1365465"
Community content is available under CC-BY-SA unless otherwise noted.