With the Galactic Empire

With the Galactic Empire

Anakin Skywalker was a slave on Tatooine, until a Jedi Master, Qui-Gon Jinn, freed him under the assumption he was the Chosen One of Jedi legend. Under the tutelage of Obi-Wan Kenobi, Anakin would rise up to the rank of Jedi Knight, and was known as a great fighter and a skillful pilot. However, he was also viewed as a bit arrogant and had some temper issues.

Anakin was also friends with Chancellor Palpatine, who he would soon learn to know as Sith Lord, Darth Sidious. Anakin soon found himself manipulated by the Sith, until finally he was turned over to the Dark Side of the Force, and renamed Darth Vader. He led the 501st Legion in carrying out Order 66, which was designed to kill his former Jedi brethren. Following the attack of the Jedi Temple, Vader was confronted by Obi-Wan on Mustafar. After a long and brutal battle, Anakin lost both his legs, his left arm, and suffered major burns by the lava. His Master soon found him, giving him cybernetic limbs, and a suit in order to be kept alive. Anakin was long gone, and a new Sith Lord was truly born.

Note: His Destructive Capability with his Force abilities should be equal to his Defense with Force Abilities. 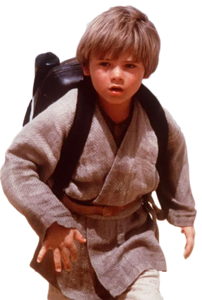 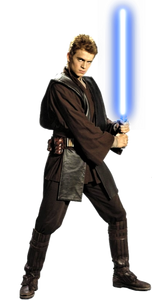 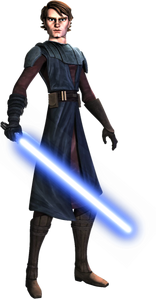 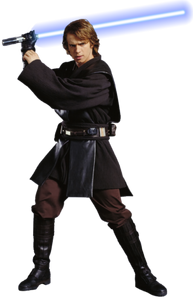 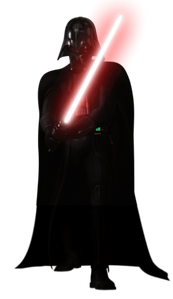 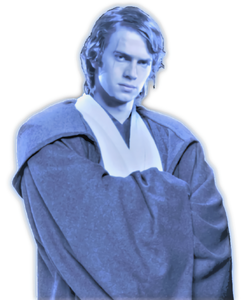 Force Ghost
Add a photo to this gallery

Retrieved from "https://deathbattlefanon.fandom.com/wiki/Darth_Vader?oldid=1315496"
Community content is available under CC-BY-SA unless otherwise noted.