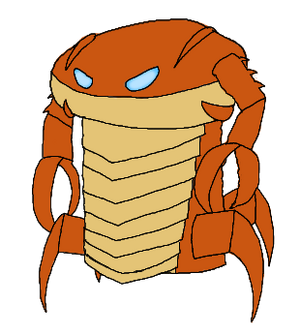 Crab Monster is an OC by Vrokorta. He's a villainous beast born with great power that he only uses to further enhance himself.

WARNING: "The following tab will reveal the numbers of wins and losses for the following character. Read at your own risk.

Crab Monster was once a microorganism in the Randomension born with amazing power. He could absorb the DNA of any organism he ate, growing stronger with every enemy consumed. It took him no more than a day to develop into a small organism that could fend for himself.

He continued to roam the land, eating & absorbing any organism he could until he'd grown 6 feet tall & become nearly unstoppable. Having grown smarter & more seasoned, he decided to seek out a worthy ally, & found Venice Flytrap, a massive plant monster with amazing power. The two formed an alliance & started moving on to bigger things as they destroyed & took over entire cities.

One day, when destroying a city, Crab Monster met up with Thugly (a fanon version of the DKCR boss), & the two had an impressive bout that was interrupted when a pair of heroes used a satellite weapon to shoot a pseudo black hole at the two. The entire city was destroyed, but the two beasts just barely survived. In fact, the black hole's had a side effect that gave Crab Monster & Thugly the power to create inter-dimensional portals that they used to escape the dimension.

Crab Monster never had a fair fight before like he did with Thugly, & he wanted to finish it. So he used his now impressive intelligence to make a suit of mechanical armor to defeat Thugly once & for all. However, Thugly had grown stronger too, & their fight ended in Thugly's victory. Crab Monster decided to move past his loss & continue to build his power as he'd done before. 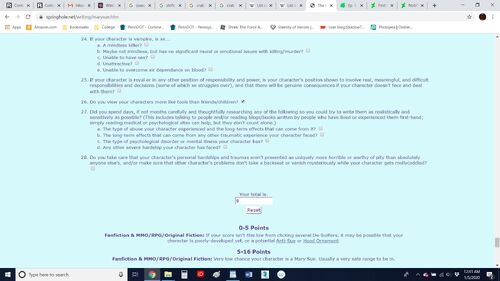 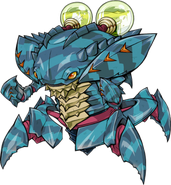 This thing's face (from Crab War [if you couldn't tell]) 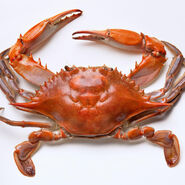 A regular crab for misc. details
Add a photo to this gallery

Retrieved from "https://deathbattlefanon.fandom.com/wiki/Crab_Monster_(OC)?oldid=1197428"
Community content is available under CC-BY-SA unless otherwise noted.