King of the Koopas

Bowser is the arch-enemy of Mario and the main antagonist of the Super Mario Bros. media franchise. He previously fought Ganondorf in the 59th episode of Death Battle, Bowser VS Ganon. He also fought Dr. Eggman in an episode of One Minute Melee, Bowser later went on to fight Turbo Mecha Sonic after Turbo Mecha Sonic fought Bowser Jr.. He later returned to battle King Dedede from the Kirby series.

King Bowser Koopa is the leader of the Koopa Army who has been an arch-enemy of Mario. Though Bowser most commonly kidnaps Princess Peach to get control of the Mushroom Kingdom, Bowser has joined forces with Mario in rare cases when they have a common enemy. 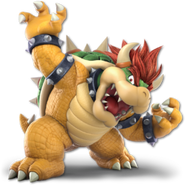 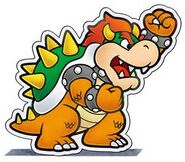 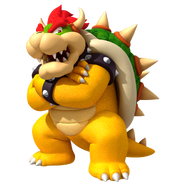 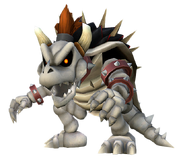 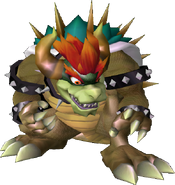 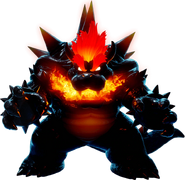 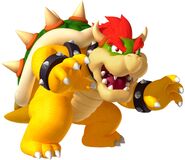 Bowser as he appears in the Super Mario Brothers Cartoon 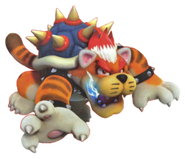 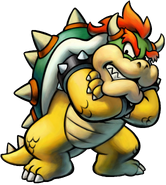 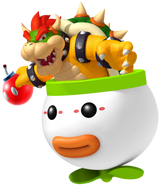 In the Koopa Clown Car 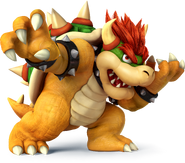 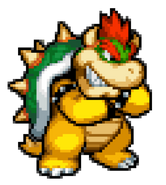 The Sprite used in Death Battle and One Minute Melee 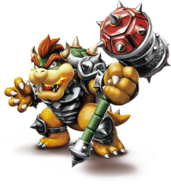 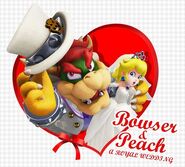 Bowser playing the Nintendo Switch with his son 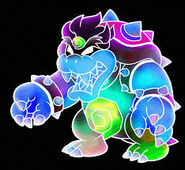 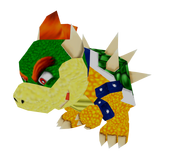 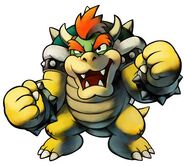 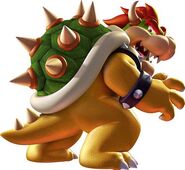