Azrael is mantle worn by various individuals throughout history from DC Comics.

The Sacred Order of St. Dumas is a rogue faction of the Knights Templar founded by St. Dumas whose authority was enforced by his warrior of vengeance Azrael. For countless years, the mantle of Azrael was passed across generations. Among its current holders are the Order's sleeper agent Jean-Paul Valley, and an ex-cop named Michael Lane. 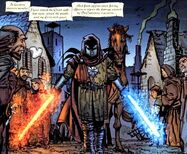 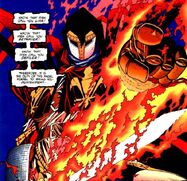 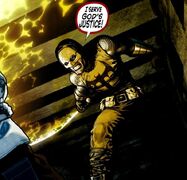 Azrael sitting on a branch

Michael Lane as the Bat-Devil 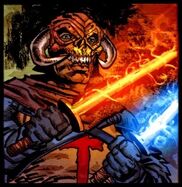