Axel Winter is the main protagonist of the in-progress novel series Shatterhale.

Speed: Subsonic with Supersonic combat speed and reflexes | At least Transonic (Much faster than before, travelled through Tundrawae Forest in a short period of time), With Massively Hypersonic+ Reactions and Combat Speed (Slashed Four Dozen times before Lord Kelvin could even percive his attacks, fought with Moroz, who can fight on par with him)

Stamina: Superhuman (Can fight with warriors of his caliber for an extended period of time) | Unknown

A possible look for Moroz 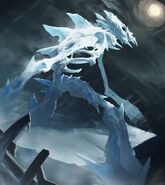 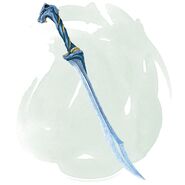 Possible Design for The Apex of Frost
Community content is available under CC-BY-SA unless otherwise noted.
Advertisement