I'm coming back with you guys!

This Heart of Wartwood may come off as brash, headstrong, impatient, and occasionally a bit dim to the average onlooker, but she has a heart of gold, and she's willing to help anyone, even those she was fighting with. Out of the Earth Trio, she seems to have the most fun and always turns a bad thing into a good one.

She holds the Heart Gem for a reason

Hey! All of Amphibia Season 2 is on Disney Plus right now! Binge it dood!

Enter the immersive world of Amphibia!

When a young teenage girl steals a mysterious music box for her friends, instead of spending her birthday party with her family, she gets dragged into a world of frogs, toads, newts and salamanders. Everything there that doesn't speak English tries to kill her, but at least she finds real friends for the first time.

Sprig, running away from Hop Pop: Wait so this was your plan? Anne, you've done it again!

(On a separate occasion...)

Sprig: So what if this fails

Anne and Sprig strollin' through Wartwood

Anne's softer and cuter design since "Toad to Redemption" 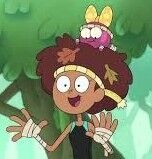 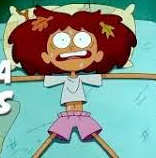 Anne and Sprig reacting to a laser 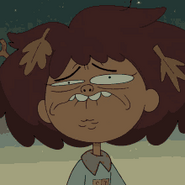 Anne in the Third Temple promo 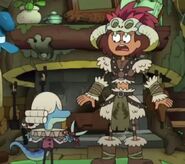 Barbarian's in season I hear

Self acceptance at its finest

She's on the ceiling, IDIOT! 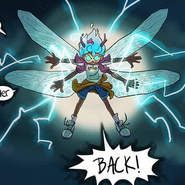