Death Battle Fanon Wiki
Register
Don't have an account?
Sign In
Advertisement
in: What-If? Combatants, Combatants based on parodies, Combatants without an opponent,
and 16 more 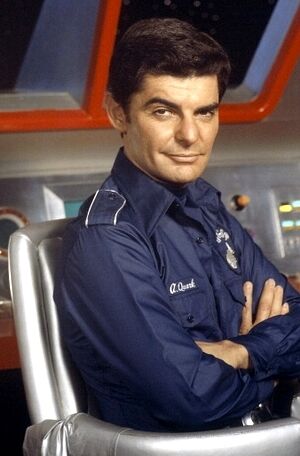 Commander Adam Quark is the title character of live action television series, Quark. He is the commander of the United Galaxy Sanitation Patrol, and he and his crew fly around the galaxy fighting evil, and collecting garbage.

Adam Quark is a Commander in the United Galaxies’ space navy. Serving under the Head, who is literally just a big, disembodied head, Quark often find himself given the assignments that nobody else wants. He captains an interstellar garbage scow out of United Galaxies Space Station Perma One, and leads a crew of misfits from mission to mission.

Quark is a gifted leader and a capable ships captain. He is trained in fighting, and the use of gamma guns.

Adam Quark and his crew.

Quark’s ship, seen from an angle.