Dr. Abel Cuvier is a character from the television series, Batman Beyond. He's a scientist that specializes in splicing, an illegal practice where a person's DNA is altered with animal DNA.

Generations after the Batman, his past unknown, Abel Cuvier founded the Chimera Institute to make splicing, a form of gene therapy by modifying human DNA with animal DNA, a popular fad with applications ranging from cosmetic surgery to physical enhancement. But with previous cases both predating Cuvier and recent events, despite Cuvier using himself as the first subject, the Gotham City District Attorney's office quickly moved to outlaw the use of animal genetic augmentation. But this only makes Cuvier declared war on the Gotham "norms" and force his ideals on them, becoming an enemy to the current Batman.

Being a spliced human, Cuvier is armed with talons and a negligible increase in strength. He later exposed himself to a heavy dosage of his serums with hawk, tiger, and snake DNA, transforming himself into a literal chimera. 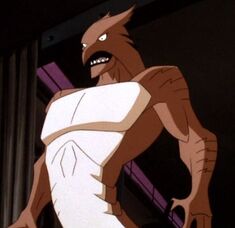 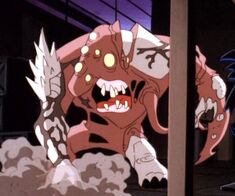