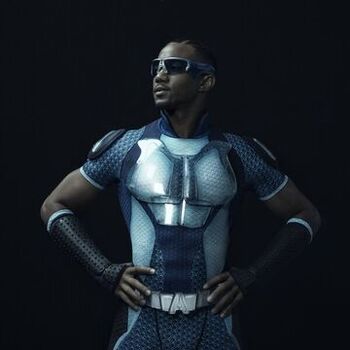 A-Train is one of the main antagonists of The Boys. He previously fought Queen Maeve, The Deep, Starlight and Billy Butcher in the Death Battle Bonus Episode, The Seven Battle Royale.